It is quite obvious that people are often mesmerized looking at cyclists ride their bikes. Most of them are startled when they are told how much the bike costs or even the cycling jersey for that matter. As much as people admire cyclists on their bikes, they often misunderstand them for a few reasons.

Here is a list of cliché arguments cyclists are tired of listening.

Don’t cyclists use their automobiles to commute when required?

Of course, if a cyclist has to go grocery shopping with the family, he cannot practically ride his bike then. Honestly, cyclists don’t hate drivers.

They just dislike the way they are treated on the road. All they need is 5 meters on the left and that’s it.

Hating drivers would basically mean hating everyone, including themselves. Isn’t it?

2. We Know Every Other Cyclist On The Road!

Every morning, you may see cyclists while you’re up for a morning walk or run. You may also find them all similar from a distance thanks to the cycling kit and their sleek bikes!

But wait, that doesn’t mean cyclists know every other cyclist on the road.
If that did happen, most of them would invite Peter Sagan for a drink or take Tiffany Cromwell on a date!

With the growing number of cyclist communities on Strava and Facebook, it’s certainly possible to get acquainted with new cyclists. However, that doesn’t mean they know any random passing cyclist in town.

3. I’m the King of the Road – Said Every Cyclist Ever.

Quite often you may see a cyclist cruising on his bike like they are the only ones on the road.

But hey, these cyclists are just enjoying their ride. You may think he/she is riding like nobody is around but trust us; they ride their bikes like every pothole in the city is waiting to catch them!

We agree that there are a few cyclists who ride like they own the road, but well, maybe they act like that regardless of their mode of transportation.
Even if cyclists had the money, a road is the last thing on earth they would want to own.

Trust us on this, their cycling Wishlist never seems to end.

4. I Shouldn’t Be Cycling So Much If I’m Not Going To Compete In Tour De France This Year.

To some, cycling simply means to speed from point A to point B and be the fastest guy on Strava. However, not many realize that cycling is not just a sport, but altogether a different mode of expression. Most cyclists, even the ones who train really hard, are not training to ride the Tour de France or the RAAM (Race Across America).

These major world cycling tours are not a piece of cake. In order to ride any of the world’s major cycling tours, one has to be a professional cyclist who rides for a professional team that is allowed to race and yes, he/she needs to be good enough that the team selects them.

Only a few athletes make it to this level of the sport. So if you see cyclists speeding past you, it only means they are training to be fit or to get away from the monotony of routine. Some of them might also be into racing in India and a few small tours.

Only if Tour De France would be a cakewalk, we’d have several Peter Sagans all over the countr­­y. 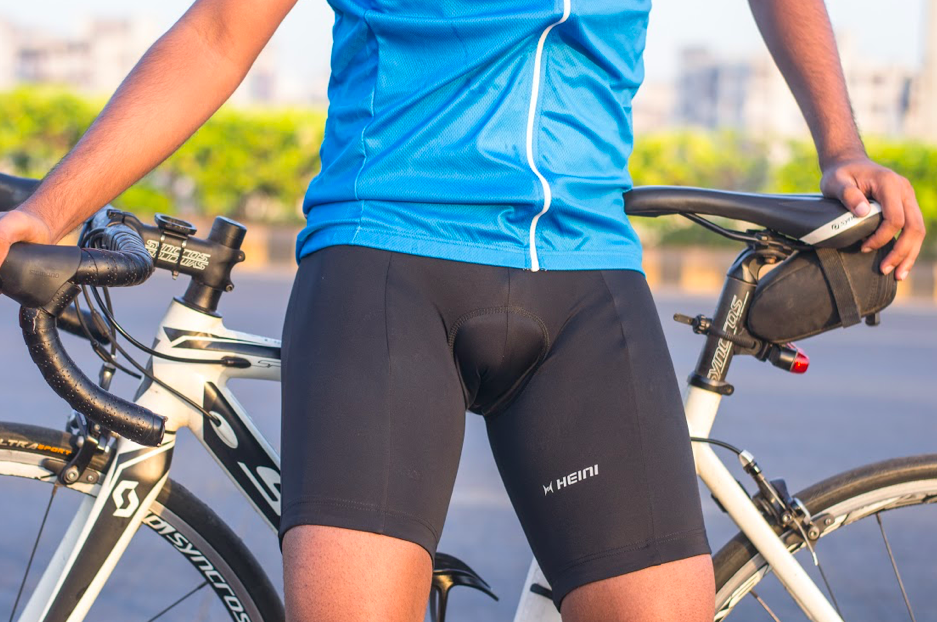 Cyclists are often seen decked up in their favorite cycling kit and act like they are ready to ‘OWN’ the road. While they imagine themselves to be Chris Froome, by the time they are out on the road they have probably invited weird glances of the pedestrians who are trying to figure out what planet they’re from.

Don’t forget the awkward stares, giggles and laughs behind as they notice the bulging crotch. Some might even assume that to be a sponge filled in the shorts while others might assume it for something else. But what people fail to realize is that the padding in the shorts helps the cyclist to ride longer comfortably. If you notice cyclists walk weirdly. But well, that is not because they belong to a different planet; it’s simply because they have their cleats on!

These were the 5 cliché arguments we could think of.