We were quite impressed when we found out about Rubina Soorty who set herself on a journey to some unbelievable places leading her to have experiences which she will cherish all her life. A solo world tour on a bicycle as all the possibilities when travelling felt endless.

Rubina Soorty never dreamt that after growing up in a council house in Northampton that in the space of just one year she would have sailed across the largest 2 oceans in the world, breakfasted with prostitutes in an art warehouse in Miami, stayed with opium smoking kung fu monks in a monastery in Vietnam and much more. 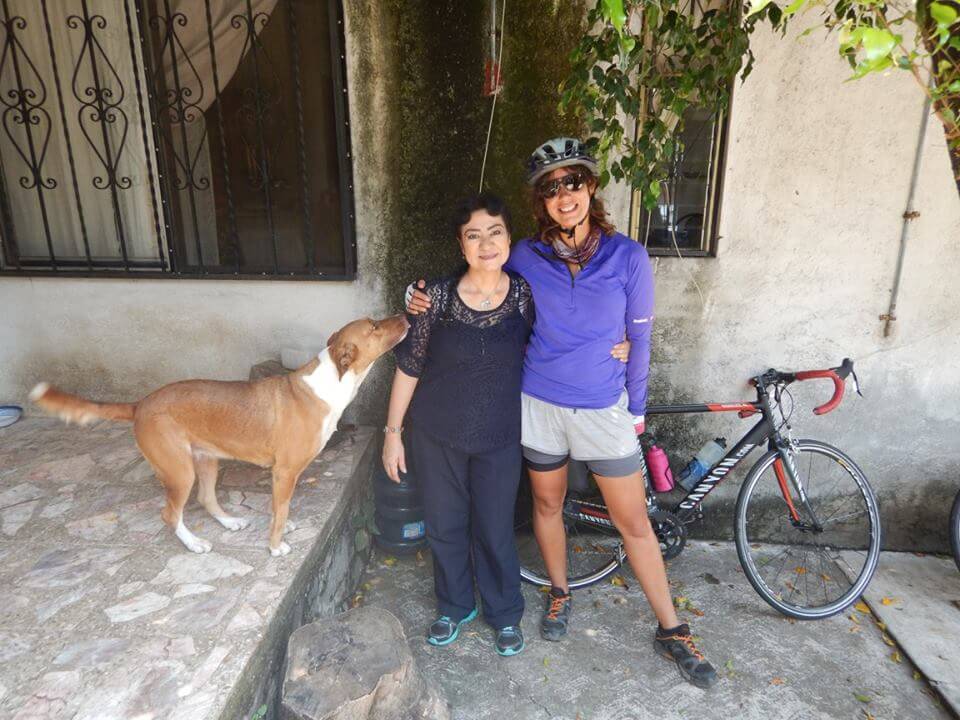 We got in touch with Rubina Soorty to get an opinion on her experience cycling in India. Read on to find out what she had to say.

a) It has taught me to believe in myself. When faced with a challenge, whether it’s a tough hill, poor weather, a broken bike component or even exhaustion, I have found that as long as I believe in myself I can overcome the challenge.
b) To form my own opinions based on what I see, not what I hear. The media portrays certain countries as dangerous and the people there as bad but I have seen for myself that every country I have ridden through has treated me with kindness and respect.
c) To live your dreams, not just plan them. The beauty of the world and life unveils itself when you follow your dreams. 2. Any advice for women who would like to tour the world on a bicycle?

Women out there who are thinking about it should definitely do it. I have had the best year and a half of my life. Do not let other people’s fears stop you from getting on your bike and seeing a new place because it only takes an ordinary person to do something extraordinary and you can be that person.

3. What do you have to say when it comes to safety for women?

Rubina Soorty thinks being a solo female cyclist can make you more vulnerable in an extreme case, but honestly, I have felt safer because of the many people who have offered help to me as a female travelling alone. However, it is still a good idea to trust your instincts and if a situation does not feel right, it probably isn’t. Don’t be afraid to be rude to someone if you feel uncomfortable in a situation and are concerned about your own safety. 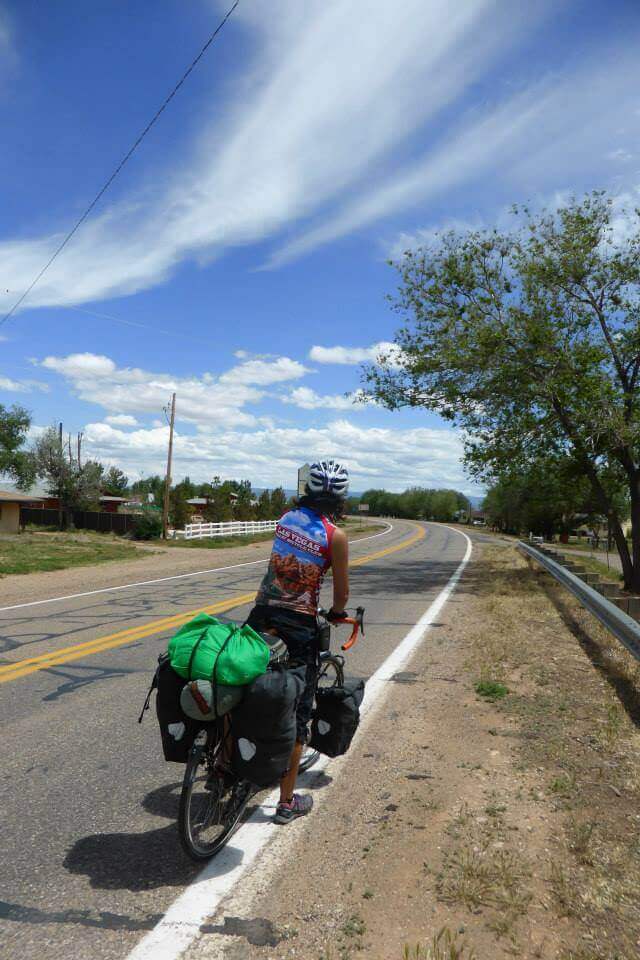 4. Do you think India is safe for lone women travellers

I think India is safe for lone women travellers, but that is talking from a bicycle perspective. I have never felt vulnerable on my bicycle. Sometimes a little frustrated as often in a day a hundred people would ask for a photo but it was all in good heart. Occasionally, a motorist would follow me for a kilometre but I never felt afraid, the person was usually just curious. I had so much help and kindness shown to me in India that at some point it felt like a second home.

5. Given a chance which country would you like to settle down in?

I have travelled through some wonderful countries, but in terms of beauty and peace, I think the country I loved the most was Slovenia. It has clean air, stunning lakes, majestic mountains and no rubbish, with 68% of the land covered in trees. It is a place where you’re sure to feel one with nature and experience inner peace.

6. What are the things pending on your bucket list?

7. What did you love about India?

What I loved the most is the vibrant and caring people of India. I was astonished at how kind people could be with so many opening their hearts and homes to me. It is their generosity that I will never forget.

8. What is your opinion on the cycling culture in India based on your observations?

I think there are two main types of culture for cycling. The main one still seems to be that the very poor use the single speed bikes as a mode of transport when a motor is too expensive and then the second the more health conscious and environmentally friendly person. This person generally seems to be someone from a middle-class background. There seems to be an increasing growth in recreational cycling or cycling to work, but still it in the early days but great to see the development.

I think there exist two main types of cycling culture in India. The prominent one being where the cycle is used as a mode of transport when a motor seems too expensive for those with lesser means. The other one is where the cycle is used by the health-conscious and environmentally friendly, most common among the countries strong middle class. There has also been a gradual rise in recreational cycling and cycling to work, though still in the early days it’s great to see the development. 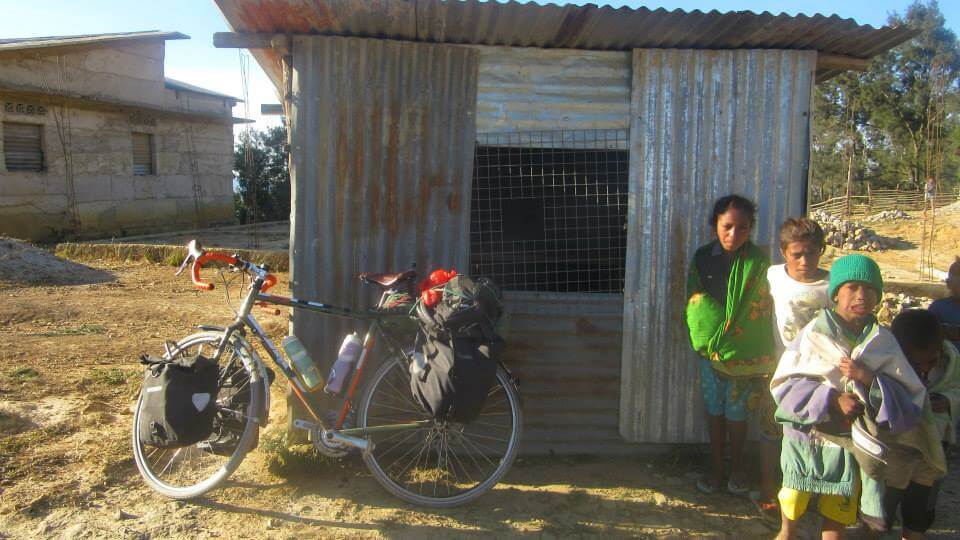 9. Which countries have you travelled to and which are the countries you wish to travel to?

10. Any other injuries which you encountered on your tour besides Percy getting injured?

I have fallen off my bicycle a few times, usually due to being clipped in. My last fall came on a day off when a young lad in Australia took me off roading on his father’s mountain bike. I fell off three times and cut my arm, back and leg open. However, nothing too serious. So far I have been lucky. Even when I got hit by a truck in India, it was only my bike that got damaged not me.

Percy’s name is short for both percivore, my uncle’s name and persevere meaning don’t give up. Percy also was a green train in one of my favourite cartoons as a child and with my bike being green I thought it was appropriate. The final reason is that Percy was one of King Arthur’s knights who went in search of the Holy Grail so my bike seems to befit the name.

Courtesy: A special thanks to Rubina Soorty for this beautiful interview.