Recently, a young lad from Chhattisgarh become the first to complete the 1200 km brevet in 82 hours at the Noida-Jammu route. Raipur Randonneur, Abhishek Tiwari who also has a full-time job has also done the 300 and the 400 km brevets.

To bring you more insights on his 1200 km brevet, we got in touch with him.

Read his interview below:-

How does it feel on becoming the first to complete 1200 km from Chhattisgarh?

How does it feel is a bit tricky. I really was not aware that I will be the first to do 1200 kms in Chhattisgarh. But anyhow it’s a great feeling.

How did you prepare for the ride?

The preparation began after I completed my 400 km brevet. Was more working on my core. Basics needed to be polished. I started cycling for 50kms daily and on Sundays tried to cover 150 + kms.

Did you attempt it solo or had a partner along? If yes, then how important is it to have one on a BRM?

Not actually solo. I had few riders along and in BRM’s it’s like you need some riders whom you can match your pace and continue. It’s long distance and having a partner keeps you focused and motivated. 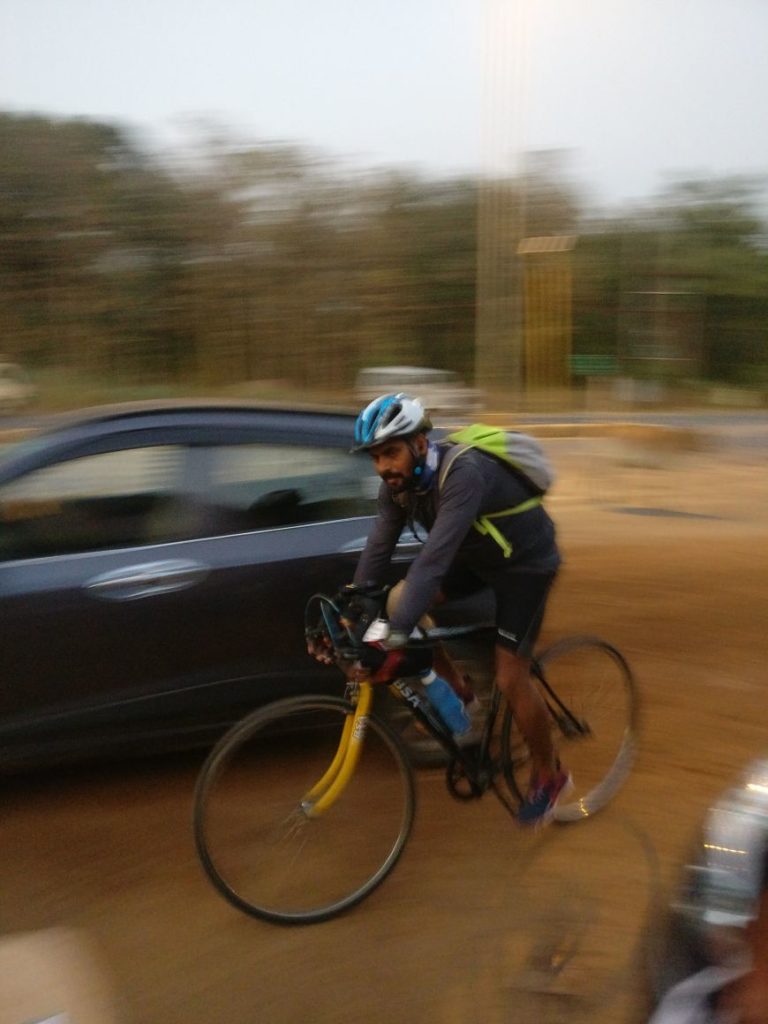 The plan was simply to be in the saddle for a longer period of time and keep pedalling. And reach the desired target decided in the morning.

What did you eat before during and after the event?

Before the ride, it was bread and butter. Or some parathas if we had time. During the ride mainly we depended on liquid, some dry fruits and fruits what we get on our way. Rice and curd were very helpful.

Any difficulties you faced during the ride?

No difficulties as such. Was a smooth ride

How were the condition of the roads?

The conditions were very good. The road overall are good and in great shape.

Saddle sores? How did you deal with them?

Saddle sores are one thing you can’t avoid in such big rides. I used few rash creams. Also, I was doing off saddle rides to get the skin relaxed for some time.

What gear ratio seemed perfect during the 1200km ride?

1200 km you can’t ride on a single fix gear. I tried lot all the options available on my bike. The route is full of flyovers so you need to adjust accordingly.

Some do’s and don’ts for those who would want to attempt 1200km?

Start the practice early. Try to be on the saddle as long as u can. Ride at a constant speed that you are comfortable with. Be hydrated during the ride. Get yourself motivated. Ride in groups at nights. Manage your time well. Stop less for short periods.

Don’ts. Never try to compete with anyone. It’s a brevet, not a race. Do not experiment on food intakes.

How has this 1200 changed the way you look at life?

After doing 1200 km. I am now much focused on my training and endurance. Life is great. We need to focus and work hard to achieve what we want.

Special Thanks to Abhishek Tiwari