Mesum Verma - The man behind the MTB scenes In India 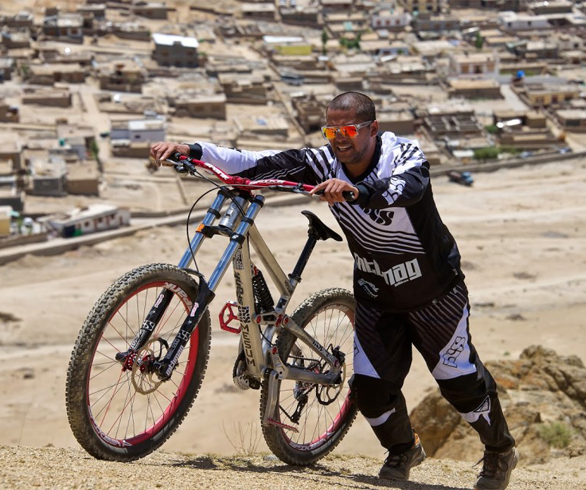 Little did we know about the founder/ CEO Mesum Verma of MTBMAGINDIA until he got in touch with us expressing his interest in publishing Sumeet Paringe’s interview we had done before. But due to MTBMAGINDIA already going overboard exceeding its page limit, things didn’t fall in place. But that didn’t stop us from keeping in touch with the 39-year-old Chinese resident, Swiss national, and Indian-born. The Sport has taken him far beyond anyone’s imagination allows him to travel across 26 countries around the globe for his love for snowboarding and biking. Besides being a good friend, Mesum has also been a mentor on and off  to our own Abhishek Tarfe. It didn’t take much for two guys to click who speak the same language – Biking! And if you weren’t aware, Mesum Verma  was also responsible for getting the legendary world leader in Extreme Mountain biking Hans Rey to India in 2012. But, somehow India’s serene landscapes managed to pull him back to his roots and contribute to the budding MTB culture. We were quite impressed with what this man has done so far and we couldn’t possibly miss interviewing him?

And so we decided to present to you his side of the story. The story he’s wanted to tell the budding bikers of India and the rest of the world.

Born in the city of Lucknow, India, Mesum was raised by his host parents in Switzerland after he lost his birth parents at the age of 5. Since childhood, sports have played an integral part in his life. From competing against time to competing against himself, Mesum never stopped. While his love for sports began with running, the excitement didn’t last long as a young Mesum craved for the extreme. Soon he found happiness in free climbing along with a friend from his neighbourhood. They started indoor training in a garage by setting up some climbing facilities to hone their skills. 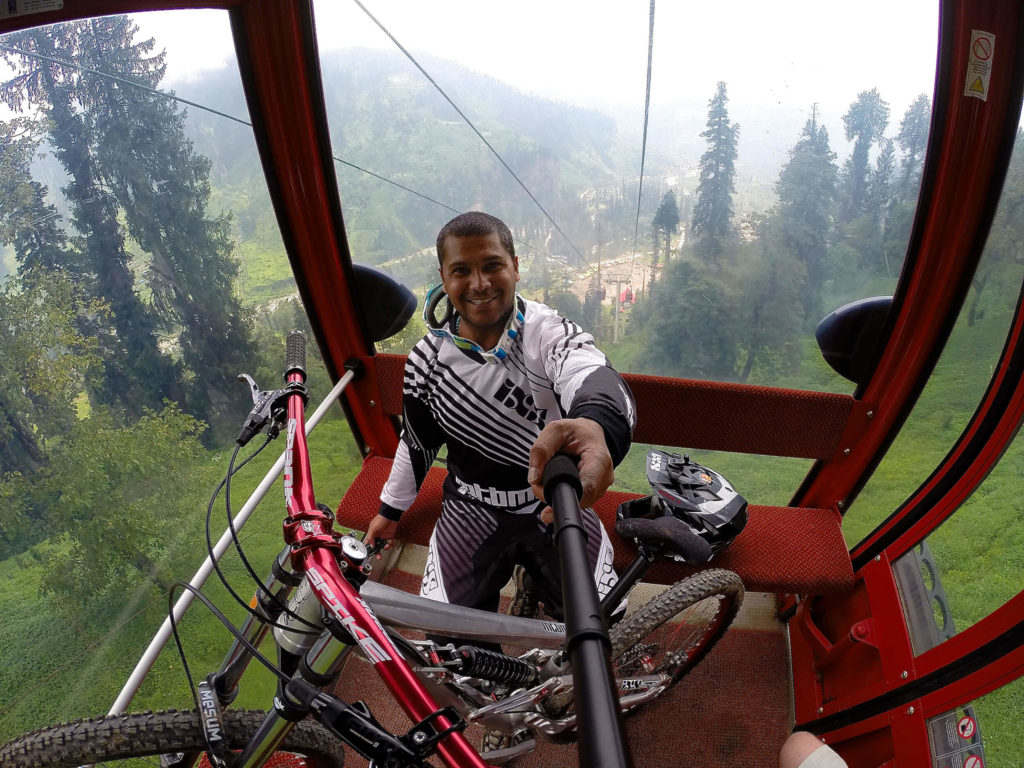 What started off as two hand lifts with backpacks filled with stones and weighing almost half of their body weight, soon graduated to two fingers and eventually a one finger lift, until the duo were bored once more.

Their quest for the extreme led the two to set off on climbs across some of the most difficult routes in the Alps, sometimes without ropes, putting their technical and psychological skills to test. While Mesum Verma maintains they never went against the law except for those few times when they dared climb some of the most dangerous bridges, even as the police stood anxiously at the bottom, watching this fearless team of two scale new heights. In spite of repeated warnings, the boys found it impossible to resist the pleasure and challenge that the climbs presented.

Initially, Mesum used a regular bicycle to cycle himself and his backpack stuffed with climbing gear to the training hall situated 20km away from home. However, when he felt the need for a better bicycle, a thirteen-year-old Mesum took a summer job at a metal industry and gifted himself a mountain bike. Soon Mesum Verma saw himself on a cross-country race, and later, fighting for an overall ranking the entire season. At the same time, Mesum’s love for snowboarding had begun to blossom. At the tender age of 16, he bagged sponsorships by Vans, Burton snowboards and others as a semi-professional snowboarder. Be it training, competitions (big air, halfpipe, freeride), working towards getting more money for snowboarding or summer training at a glacier in Switzerland, snowboarding had consumed him. Biking was not a priority then, but a mere distraction where the excitement of biking let him take his mind off snowboarding for a while. A few years and couple of injuries later, he decided to quit snowboarding but could not turn his back on the sport that meant so much to him.

Mesum Verma continued to travel with the best snowboarders and film crew taking pictures around the world as he developed his love for photography into a profession. Photography brought him back to his friends in the snowboarding and mountain biking world and Mesum found great joy in capturing them on camera. Sometimes on the racing tracks or a bike park, Mesum would grab any chance he got to ride a friends bicycle till completely exhausted.

After a trip to India and Japan with a few Red Bull athletes, he saw the potential mountain biking held in India. Not only because of the attractions of the Himalayas but also because there always seemed to be a hill even in the flattest of regions. Mesum Verma realised that biking is not really expensive once the main task of purchasing a bike is accomplished. Several riders requested Mesum to help organise some races, unfortunately, with Mesum based out of India, he couldn’t offer much help. It was during this period of time that he realised raising money in India was difficult and hence organising events impossible without mountain biking gaining a certain level of recognition.

In his quest to help make mountain biking bigger, Mesum launched a free e-magazine ‘Name Undisclosed’, though the magazine went downhill after a couple of years, an undeterred Mesum launched yet another magazine called MTBMAGINDIA.

He says, “nothing in India is easy, but then again, neither is it anywhere else.” Mesum Verma knows, that he faces misunderstanding when he talks to the bike industry in India. They are quick in pointing out to him that things work differently in India than they do in the West, often leaving him amused, wondering if perhaps they ride the bicycle backwards in India…

Mesum observes that there exists no brotherhood among the few mountain bikers in the country. While they may present a picture of bonhomie and easy camaraderie on social media networks, Mesum Verma points out that this is far from reality. He disapproves of the many biking groups who each consider themselves superior to the rest. He believes their greed for money and power is doing little to promote Indian mountain biking, a sport that has yet been officially recognised by the Cycling Federation of India.

“Ride on, keep it real. Sports thought me to never give up, always be yourself, and don’t take yourself too seriously,” Mesum Verma concludes on a positive note.

Special Thanks to Mesum Verma – MTBMAGINDIA