We have been reading about the success stories of Indian Cyclists Esow Alben, Amit Samarth and Col. Dr. Srinivas Gokulnath for a few days now. However, there’s one Indian Army Officer and the only General across the globe who has successfully completed ‘Ironman’ held in Austria. We couldn’t have been prouder!
Introducing Major General Vikram Dogra; the man who has become the First Indian Army Officer to complete the Ironman Triathlon event. Read the interview as he shares his experiences and learnings with us. 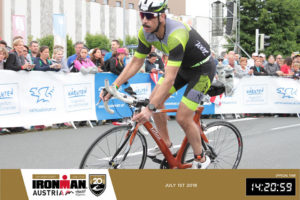 Every story has a beginning. Before we begin, tell us how did you fall in love with cycling? Also, tell us a bit about your background.

Vikram Dogra: I’m from an army background. My father was in the army too. I grew up in army cantonments where cycling was a way of life for army kids. So I think I have always loved cycling. Some years ago I met up with some people who are into cycling in a big way. They initiated me into contemporary cycling and revived my love for the sport. I then undertook long rides from Akhnoor to Rajouri, a route no one had cycled on before, from Leh to Chandigarh, all over Thailand and in the North East from Bumla to Sela Pass. It is a sport I thoroughly enjoy.

What motivated you to sign up for a triathlon?

Vikram Dogra: In 2013 a friend of mine told me about a triathlon that was taking place in Delhi for the first time. Since I have always been fond of sports as well as swimming and running I decided to participate in the triathlon. Not only did I enjoy it tremendously but despite being the oldest participant I ended up coming second in the competition. That fuelled my desire to compete in more such events.

How did your family react to your decision of competing in the Iron Triathlon?

Vikram Dogra: My family was extremely supportive. In fact, they were all as excited as I was when I explained to them the format of the Ironman triathlon. However, a few of my friends and some acquaintances did discourage me citing my age as a handicap. They felt my body would not be able to sustain the immense stress given my age. 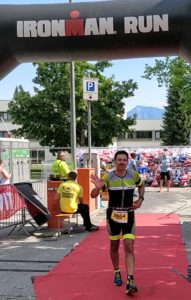 How did the race differ from what you expected?

Vikram Dogra: The race was different from what I had expected in more than one way. Firstly, before I left for Austria I was under the impression I would not need to wear a wetsuit as the temperature was expected to be around 24 degrees. However, two days before the event, the temperature dropped to 19 degrees and wearing a wetsuit became a necessity. I bought a wetsuit at the expo in Austria,  two days prior to the event and had just one chance to practice it in a nearby lake. Swimming in a wetsuit, if you are not used to it, can be quite constricting and uncomfortable.

Secondly, the elevation on the cycling route was much higher than I had expected. There was an elevation gain of almost 6000 feet. My bike was not equipped for that. One day prior to the race I was rushing around looking for a store that could replace my rear cassette group for a higher one. Despite changing the gear set I during the race realized I needed a bigger one and this cost me an additional hour to finish the cycling. But in the end, everything tuned out fine. 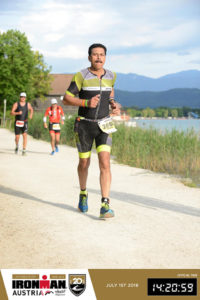 What were the biggest challenges that came your way?

Vikram Dogra: The biggest challenges that came my way were taking time out to train. I have a 9 to 5:30 pm busy job. The only time I found to train was after work hours or on the weekends.  On weekdays I ran or swam after work.  On weekends I cycled long distance. Also, the traffic and the heat in Delhi make long distance cycling a major challenge. To overcome these challenges I often cycled through the night, starting at 1 AM and finishing at 8 AM.

What’s your favorite discipline (swim, bike run) to train for and why? Least favorite?

Vikram Dogra: I enjoy swimming, cycling and running. All of them have their own unique challenges. But I think my favorite is cycling. It’s the most enjoyable of all three as it gives you time to look around, you can cover more distance with cycling and it is rarely monotonous. Lately, my wife and I have started combining our holidays with cycling. It’s a great way to get some exercise and also see the place! 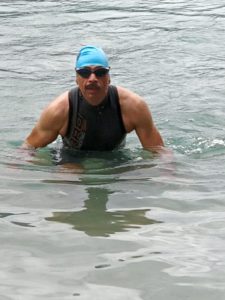 What have you learned about yourself through your training for Ironman Triathlon, and through racing?

Vikram Dogra: I have learned that the human body is amazing. The more you challenge and push it, the better it adapts. I now understand my body completely from how much to push it, how much to rest it and its nutritional needs.

The Ironman race has taught me that if you believe in yourself, nothing is impossible.

Who are you inspired by as a triathlete?

Vikram Dogra: A few years ago I watched a video on Sister Madonna Buder, also known as the Iron Nun. She is an 88-year old nun who lives in the USA. She completed her first Ironman event at the age of 55 and has completed 45 Ironman Distances since then. I was very inspired when I watched this.

Any immediate plans on your mind? Are you planning to participate in anything more?

Vikram Dogra: The temptation to participate in another Ironman event is always there. Who knows? Perhaps I will. I do have plans to cycle around the world next year and cover the five continents. It will take the better part of a year.

If you had to sum up this journey in just one sentence, what would that be? 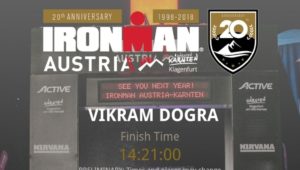 How does it feel to be the only serving Indian Army officer and the only General in the world to have finished the prestigious and challenging Ironman Triathlon?

Vikram Dogra: To be honest I never looked at it that way. For me, this race was a personal challenge and that is how I see it. But of course, it feels good to be the only serving army officer to have completed the Ironman race. I hope many more serving officers are inspired to participate too. 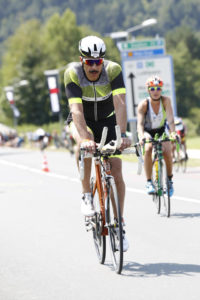 To wrap up, what is the best advice you’ve ever been given? And of course what advice would you like to give the first timers?

Vikram Dogra: I think the best advice I have been given is to listen to your body while training. Your body speaks to you. Listen to it, respect it and understand it. For first timers, I would say, believe in yourself and train hard. It is a tough race and there should be no compromise in the training.

In this article:indian army, indian cycling, ironman, vikram dogra
Up Next: